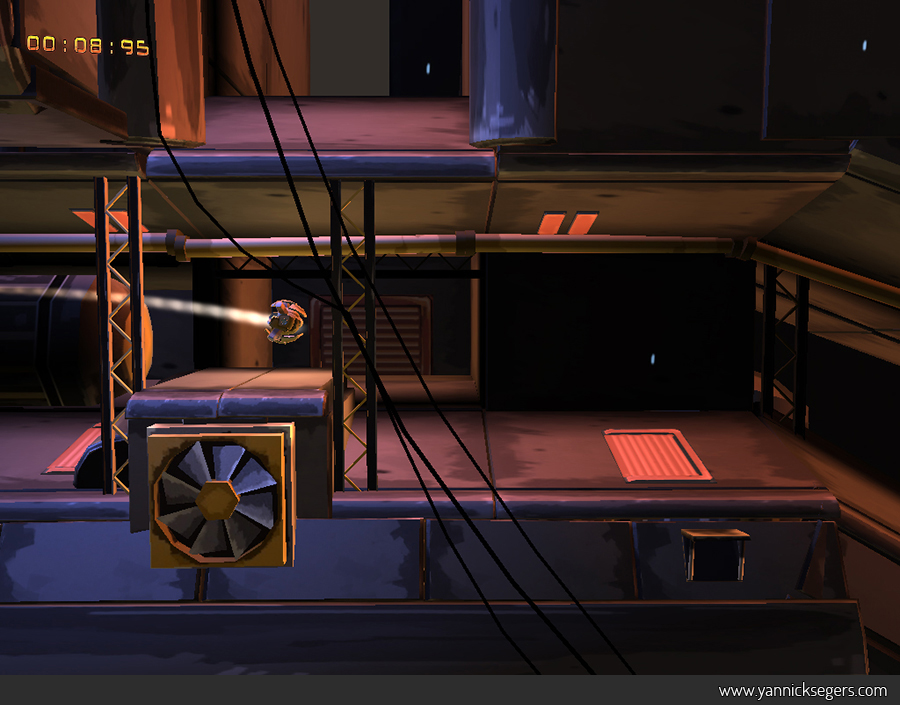 Powercore is a sidescrolling racer in wich you have to use magnets and avoid obstacles to get to the end. It is skill-based game where you have to time your attraction or repulsion of your magnets properly.

It was a group project we created for one of our gamedesign courses. Our team consisted out of two programmers and two artists.

Powercore was coded in C# using the XNA4.0 framework, using BEPU physics as the physics engine.

The core grinding against the floor, with a green speed booster to the right

Our team consisted out of the following members: