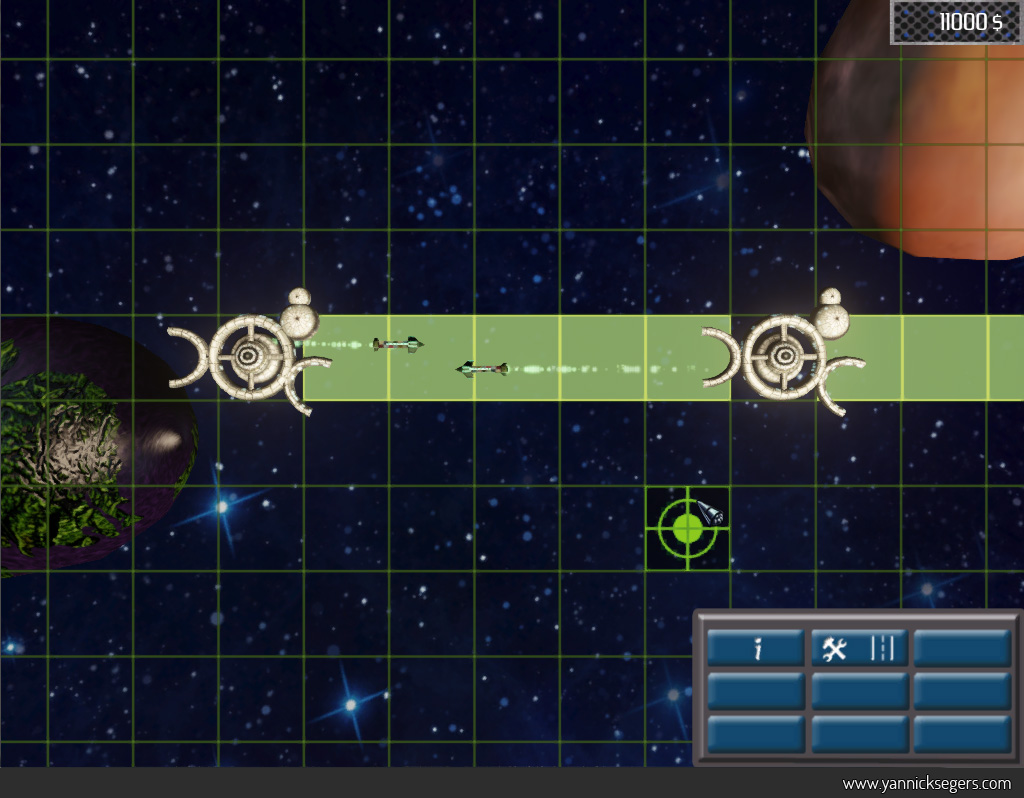 NovaWay Corp is a Space-tycoon game in which you have to build a massive Galactic express route emporium. You do this by building routes between spacestations and meeting the supply and demand of these stations. The goal of the game is make as much profit as possible and meeting the various level goals.

This was the first group project I worked on for our gamedesign course. The team consisted out of two programmers and two artists.

In this game you have build and maintain a space transport system in order to gain as much money as possible and meet the level goals. Building routes is expensive, so you have to choose carefully where and when you are going to build different routes between stations. You also have to send out freighters to the different stations so their supply and demand is met. However, the routes also need to be safe for the freighters to travel on. Pirates can attack your ships, or asteroids may fly through your routes. It is up to you to send out security to defend your ships or block the routes when asteroids are passing through. The spacestations can also be upgraded, so they have more demand and supply. This allows you to make more money. You fail a level when you run out of money.

NovaWay Corp was coded in Unrealscipt in the UDK engine.
The HUD was done in Scaleform.

Two routes between multiple spacestations, with freighters going over them

Our team consisted out of the following members: